· Mr. Surya Bahadur Thapa, Chairperson of DPNet-Nepal and Member Secretary, National Platform Disaster Risk Reduction (NPDRR) delivered presentation about the brief introduction of DPNet–Nepal as a Secretariat of NPDRR, NPDRR Guideline and its implementation. His presentation included the brief history of NPDRR in Nepal, NPDRR information about the approval of NPDRR Guideline, nine different Subjective Committees of NPDRR. Moreover, he also emphasized the need of localization of NPDRR by extending it in Province and Local Level and the provisions related to it in the Guideline and shared the objectives of USAID/Tayar’s Capacity Enhancement for DRR&M project in relation to NPDRR.  He shared that the Constitution of Nepal has given the responsibility DRR&M to Local Level and the concurrent responsibility is given to Province and Federal Government. Hence, there is a need to localize the NPDRR. He said that the Province Level Platform for DRR will be formed in Karnali and SudurPaschim Province under this project and the project will also support to form the Local Level Platform in three Municipalities namely, Godavari of Kailali, Rajapur of Bardiya, and Tulsipur of Dang District. He also handed over the Nepali version of the Sphere  Handbook 2018 and the Sendai Framework for DRR translated in Nepali by DPNet- Nepal to the Mayor and Deputy Mayor.

· Mr. Top Bhadur Dangi DRR focal person, Tulsipur Sub-Metropolitan City, Dang presented the draft frame of Municipal DRR Platform Guideline which was prepared with reference to the provisions of NPDRR Guideline. He shared the objectives, provisions regarding the members in the committee, power, roles, and responsibility of the Subjective Committee.

o There is a need to prioritize Gender Equality and Social Inclusion(GESI) in DRR&M. We also need to focus on including women representatives in the DRR Platform.

o Need to include representatives from the Cooperative and effective working relationships between them and disaster management organizations should be established and maintained.

o Wider stakeholders should be invited in the next round of consultation and need to represent the wider networking organization like radio network, the online media network, television, cooperative networks, CSO, etc.

o It will be appropriate to form the Municipal Level Committee in the next upcoming meeting once the Guideline is  approved by the Executive committee of Tulsipur Sub-Metropolitan City.

Chief Guest Mr. Ghanashyam Pandey, highlighted the importance of the Local Level DRR Platform to include  all thematic stakeholders in a single platform. Based on the participants' discussion he declared to endorse the draft Guideline soon by the Municipal Executive Committee of Tulsipur Sub-Metropolitan, and then to form the DRR Platform within one month.

At the end of the program Mr. Nabaraj Lamichane, Chairman of the program delivered closing remarks and vote of thanks to,  DPNet team, presenters, guests, support agencies, and participants for their time and effort in making the event successful. Additionally, he anticipated the cooperation and support as usual from all stakeholders to form the DRR platform in near future. 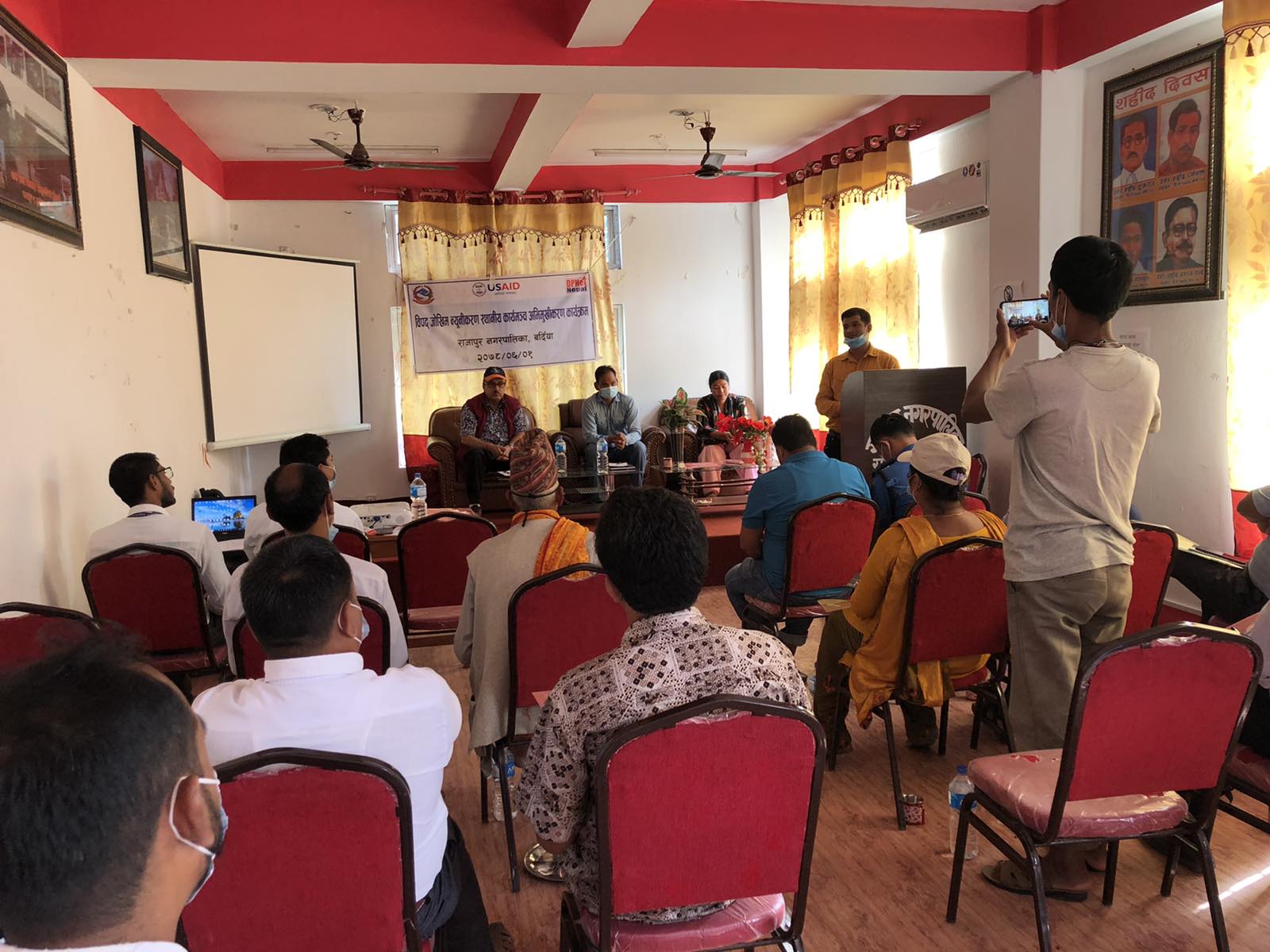 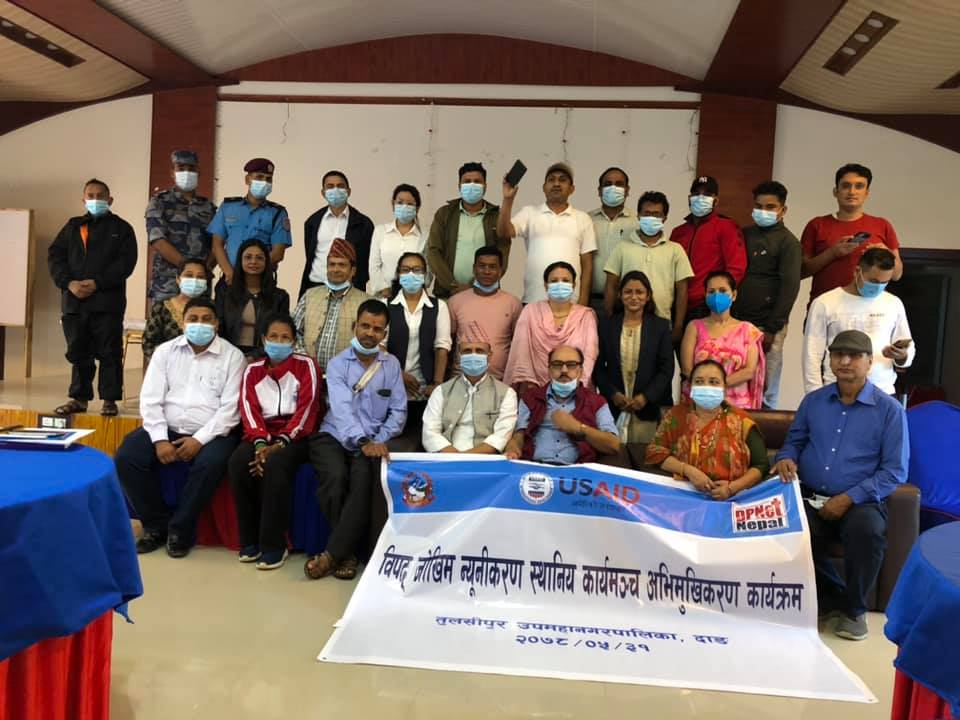